‘We will think about what we want to see, not the government’ – said Mahua Moitra, shares BBC’s banned documentary 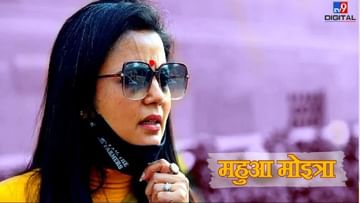 TMC MP Mahua Moitra has shared the link of BBC’s banned documentary on her Twitter handle for the third time and attacked the central government.

TMC MP Mahua Moitra on Prime Minister Narendra Modi BBC documentary Shared the link of He had earlier shared its link on his Twitter handle on Sunday, but that link was not working. That’s why he shared the link again on Tuesday and wrote that what we have to see, we will think, not the government. Let us tell you that there is a lot of controversy regarding the BBC documentary. central government BBC documentary ban Has done it and termed it completely anti-India, but its link has gone viral.

Heres a new link that works.
Good, bad, or ugly – we decide. Govt doesnt tell us what to watch.#BanCensorshiphttps://t.co/jYy57ymOyl

After its release on Tuesday, the Center termed it as propaganda. Furthermore, the documentary was banned by the government. According to sources, the link to the documentary was also ordered to be removed from Twitter and YouTube. Following that instruction, Mahua Maitra first shared the link of the BBC documentary on her Twitter handle on January 22. The Trinamool MP wrote, “Unfortunately, the representative of the world’s largest democracy was not elected to accept censorship. here is the link. You can watch whenever you want. But it is taking some time to open. But this link was not opening. After that again on Tuesday Mahua Moitra shared the link and wrote that good, bad, ugly, we will decide what to watch, we will think. The government should not tell us what to do.

According to sources in the Ministry of Information and Broadcasting, two major social media platforms were asked to block the documentary soon after its release. Trinamool MP Mahua Moitra criticized this move of the government. She termed this action of the Center as ‘censorship’. Incidentally, earlier, Derek O’Brien, another MP from Mahua Moitra’s party, had tweeted about the documentary, which was later deleted by Twitter. According to sources, the authorities have already removed more than 50,000 tweets on this BBC documentary. Trinamool MP Derek O’Brien criticized the central government on this issue and compared it to censorship. It is clear from the repeated sharing of this banned tweet by TMC leaders and MPs that TMC is trying to surround the Modi government on this issue and TMC MPs are constantly attacking the government.