When Sharif gave the green signal, India sent an invitation to Bilawal, after 8 years, the relationship softened 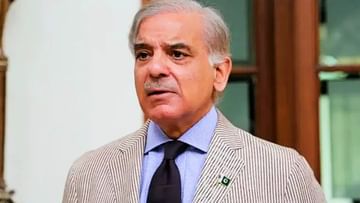 Bilateral relations deteriorated after terrorist attacks in Pathankot (January 2016), Uri (September 2016) and Pulwama (February 2019). Relations worsened after the abrogation of Article 370 in Jammu and Kashmir.

The talk was about relations with Pakistan. Former Prime Minister Atal Bihari Vajpayee had said that ‘you can change friends but not neighbours’. In fact, India always took the initiative to build good relations with this neighboring country, but in return it sometimes got Kargil, sometimes Uri and Pulwama. Once again, with the initiative of both the countries, it seems that relations can improve. Pak PM Shahbaz Sharif had said that his country has learned its lesson from three wars and wants to live in peace with India. A few days later, an invitation was sent to Islamabad from New Delhi to attend the Shanghai Cooperation Organization (SCO) foreign ministers’ meeting.

An invitation has been sent by External Affairs Minister S Jaishankar through the Indian High Commission in Islamabad to his Pakistani counterpart Bilawal Bhutto Zardari to visit Goa in the first week of May for the meeting. The dates being seen now are 4 and 5 May. If Pakistan accepts the invitation, it will be the first such visit in almost 12 years. Hina Rabbani Khar was the last Pakistani Foreign Minister to visit India in July 2011.

These countries will participate in SCO summit 2023

Apart from India and Pakistan, SCO includes China, Russia, Kazakhstan, Kyrgyzstan, Tajikistan and Uzbekistan. A similar invitation has also been sent to the foreign ministers of China and Russia along with Central Asian countries. But India’s invitation to Pakistan’s foreign minister is particularly significant given the all-time low in bilateral ties.

India’s zero tolerance policy on the issue of terrorism

A top official talked to The Indian Express about this. He told that keeping in mind its ‘Neighbourhood First Policy’, India desires normal neighborly relations with Pakistan. India’s consistent position is that any issue between India and Pakistan should be resolved bilaterally and peacefully in an environment free from terrorism and violence. It is the responsibility of Pakistan to create such a favorable environment. It has been made clear that India will not compromise on issues related to national security and will take firm and decisive steps to deal with all attempts to undermine India’s security and territorial integrity.

Incidentally, the Chinese and Russian foreign ministers have been invited for the G-20 meeting on March 1 and 2, setting the stage for China’s new foreign minister Qin Gang to visit India twice in the next few months . Relations between India and Pakistan have deteriorated in the last eight years. In August 2015, India had invited Pakistan’s Foreign Minister Sartaj Aziz. But the then External Affairs Minister late Sushma Swaraj asked Aziz to refrain from meeting Hurriyat in India, after which the visit was cancelled.

Sushma Swaraj had visited Pakistan in 2015

The last foreign minister to visit Pakistan was Sushma Swaraj in December 2015 for the Heart of Asia conference in Islamabad. Subsequently, bilateral relations deteriorated following terrorist attacks in Pathankot (January 2016), Uri (September 2016) and Pulwama (February 2019). Relations worsened after the abrogation of Article 370 in Jammu and Kashmir. Due to the tough stance taken by former Prime Minister of Pakistan Imran Khan and India’s unwillingness to compromise on terrorism emanating from Pakistan, the relations went on decreasing.

Expect some softening in relations

With a new government in Islamabad headed by Sharif and Bhutto, the prospect of change has now emerged. Apart from this, there has been a ceasefire on the Line of Control in the last few years, religious pilgrimages have progressed and the Indus Water Treaty has been observed. In December last year, Jaishankar described Pakistan as an “epicenter of terrorism” and Bhutto criticized Prime Minister Narendra Modi over the 2002 Gujarat riots. The Foreign Ministry termed Bhutto’s comments as uncivilized.