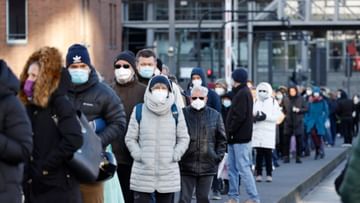 The European Union is becoming a major center and destination for stolen wildlife from South America, Africa, the Middle East, Asia and Oceania.

There is a fear of spreading a mysterious disease in Europe. It is a matter of concern that this disease is being described as Kovid. The world is already trying to recover from Kovid and now everyone seems upset after hearing this new disease. In fact, experts say that the risk of zoonotic diseases is increasing in Europe. Zoonotic diseases are those that spread from animals to humans. they say that Zoonotic Diseases The reason behind this is to become the center of the international wildlife trade of Europe.

The European Union has been warned by Pro Wildlife, Humane Society International and the International Fund for Animal Welfare (IFAW) that the main focus and destination of stolen wildlife from South America, Africa, the Middle East, Asia and Oceania, is reported by the Daily Express. is becoming. In the last few years, zoonotic diseases have gained momentum. Especially since experts say that the coronavirus epidemic has spread in the world due to the trade of animals in the meat market of Wuhan, China.

Experts warned that many wild animals are caught from countries like Brazil and Sri Lanka. Catching of animals is prohibited in these countries. But through loopholes and the collusion of the authorities in Europe, these animals reach Europe. The report states that the European Union is one of the largest importers of animals caught for the exotic pet trade. However, only a fraction of these species are actually recovered by the authorities.

The report said that animals such as the Philippine sailfin lizard and the glass frog species of South America are currently the best sellers in foreign trade. The wildlife trade is particularly associated with the spread of zoonotic diseases. This is the reason why experts say that the risk of these diseases reaching humans is very high.

Demand for animals increased in 20 years

Dr Sandra Alther, Head of Science at Pro Wildlife, said: “European Union wildlife traders do this by looking for loopholes in regulations designed to legally trade exotic animals. We are seeing that the demand for unique and exotic pets has been increasing over the last 20 years. Especially the demand for rare creatures in the market is high, while the protection of such animals is very important.


Most of these species are in danger, he said. Because of this, there are no international laws on many animals. This is the reason why such animals are being easily picked up from the forests and sold in Europe. The problem is that in countries like Brazil, Sri Lanka and Australia, the rules are very strict, but still animals are being sold abroad from there. Sellers in Europe know there are dangers.

Previous ArticleAir India’s misery went away as soon as it came into the hands of Tata Group, its fate is changing like this
Next Article Uttarakhand: Horrifying scene of avalanche seen in Uttarakhand, watch viral video

Women will get rid of ‘Hijab’ in Iran! Government scared of ‘public outrage’

NASA got big success, did this feat in space

Why is America so kind to Taiwan? These two countries are on the threshold of war-Video

‘IS group’ attacked Pakistani embassy in Kabul! Afghanistan said – will not spare the culprits

Is China’s zero-covid policy the reason for the surge in corona cases?