Will India’s ‘BharOS’ get confidence? How different is it from Android and iOS 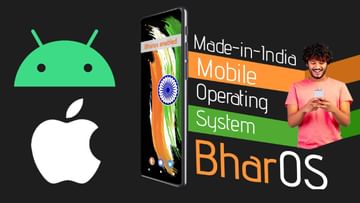 BharOS is actually based on the Android Open Source Project (AOSP), so it is similar to Android in a way and quite different from iOS.

When we talk about mobile operating system, only Android And iOS only come to mind. Finally, Google And Apple Both these operating software created by are the market leaders of the world. Now, India has also developed a new operating system of its own. Developed by the Indian Institute of Technology (IIT) Madras,”Bharoscame to the world on Thursday.

Developed by J&K Operations Pvt Ltd and incubated at IIT Madras, BharOS can be installed in commercial off-the-shelf devices. It has been said in the press release that this is the most ideal OS for those organizations which deal with confidential information and need extra security.

IIT Madras Director V Kamakoti said during this time that the BharOS service is a mobile operating system built on the foundation of trust, providing users with more freedom, control and flexibility to choose and use apps according to their needs. Attention has been paid.

How is BharOS different from Android and iOS operating software?

Claims to be more secure than both Android and iOS

BharOS can run all Android apps though, and thus it is closer to the Android ecosystem than iOS. For now, it is unclear when the operating software will be available to the public, and whether it will be available to regular users. In the press release, its makers said that they can give benefits to 100 crore smartphone users in India with their OS. Its makers also say that BharOS is more secure than both Android and iOS and can improve the battery life of each device.

no idea about these things

Currently there is no phone with BharOS pre-installed, so users will have to install it manually. But there is no clarity yet on how to achieve this. We also do not know anything about the scope of BharOS safety updates in future. Apart from this, at present no details are available about the release date of BharOS. In the coming weeks, the BharOS team may partner with Android original equipment manufacturers (OEMs) to launch phones with the operating system.