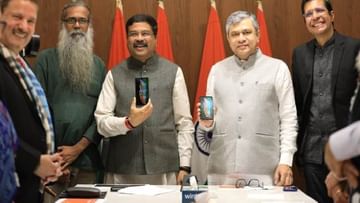 BharOS Operating System: BharOS is a project funded by the Government of India. The objective of this project is to develop an open-source operating system that can be used by government and public systems.

BharOS OS: Indian technology sector has achieved a big achievement today. Union Communication, Electronics and IT Minister Ashwini Vaishnav and Union Education Minister Dharmendra Pradhan on Tuesday launched the indigenous operating system Bharos Has been tested. Made-in-India operating system was developed by the Indian Institute of Technology, Madras (IIT Madras) has been developed by. In view of India’s privacy and security, the new operating system is very important. After the introduction of the latest operating system, the country’s dependence on operating systems like Google’s Android and Apple’s iOS will reduce.

IT Minister Ashwini Vaishnav tweeted, “Congratulations to all involved in the development of the system. For the first time when our Prime Minister Narendra Modi talked about Digital India eight years ago, some of our friends made fun of him, but today the country’s technocrats, innovators, industry and policy makers, and educational institutions have The latter has accepted his point of view.