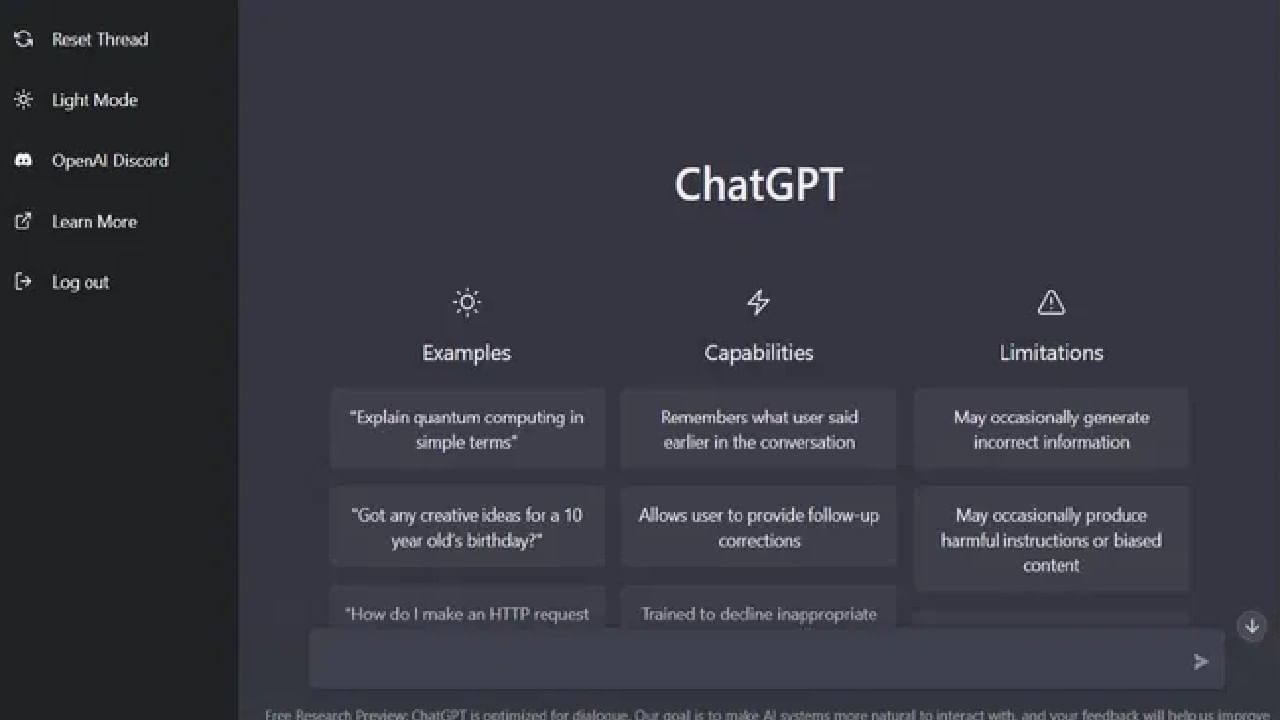 New changes in technology have changed a lot. Human imagination has also started getting affected by it. How Artificial Intelligence (AI) has changed the lifestyle, Kavita Pant is telling

These days there is a lot of discussion about a computer program (bot) Chat GPT. Man has made it. It reminds of Dan Brown’s 2017 film ‘Origin’. This thriller film shows how machines with synthetic brains pose a threat to mankind.

this is the story

‘Origin’ envisioned a world where Artificial Intelligence (AI) Compared to humans, it has reached a level almost invisible. Well, it is 2017. Flash back to 2023 and artificial intelligence is invading our lives. Today AI is affecting our jobs, relationships and much more.

As the technologies continue to mature, AI technology is affecting our lives and we are moving towards an AI-influenced future. Influencing us by analyzing social media or other online activities. It is predicting our behavior patterns, which helps in advertising. AI is also reshaping the way we work, education system and healthcare.

Chat GPT is a trained bot that interacts with humans in a conversational format and answers their questions. People all over the world are hooked to this bot, which sounds like a game-changer, but we must be careful how much we let this bot play with our minds.

Recently a woman from South London asked this bot if she should divorce her husband as she was having an affair for six months. After a long conversation with the bot, she decided to divorce her husband and live with her lover. That’s because ChatGPT told him to do so!

So, just to test how much the bot can do and why we’re going crazy over it, I asked it a few questions. First, I asked for tips on dealing with a rebellious teenage daughter and this one gave me some advice saying, It’s important to remember that teenage rebellion is normal and your daughter is simply testing your limits and seeking independence. trying to do. With patience and understanding, you can help guide them through this difficult phase.

Why is this so important?

I again asked this bot, do you know more than us humans? The polite bot said, “As a language model, I have been trained with large amounts of text data, so I can have more information than a person.” However it added, his knowledge is based on textual data that I have been trained on, and my understanding and ability to process that information may be limited compared to a human. I neither have the ability to reason nor do I have feelings or consciousness like humans.

The next question was, can he write true fiction and write like writers like Jeffrey Archer, JK Rowling?

At this the confident bot said, “Yes, I can do writing that can be used to write a fictional novel.” I was shocked, I was about to ask it to write an article for me but then it Got caught. Bot elaborated that compared to a novel written by a human being, its creation cannot have the same level of creativity, originality and human emotion.

twist in the story

Chat GPT provides human-like responses and information but we should not forget that this tool is only human-like and hence it cannot make human connection and connect with people like we humans.

It lacks the experience of individuals and understanding of complex human nature and thus over-reliance on it can limit the creative abilities of human beings. It would be best to use this only as an adjunct.

So, after a long one-on-one chat with Chat GPT, I thought all our human reactions would give the bots too much information about how we think! Could giving it more information give it an idea of ​​how to control us humans? It sounds scary! However, we humans have created AI. We can in the meantime consider the fact whether it is really wise to turn a machine into a human!

ai technology ChatGPT Indian scientists Opinion
Previous ArticleLandslide is not the reason for cracks in buildings, experts made big disclosure on Joshimath crisis
Next Article Beauty Benefits of Triphala: Consume Triphala to enhance eyesight, as well as increase your beauty

ChatGPT block in Bengaluru colleges! Action will be taken if the assignment is done with the help of AI