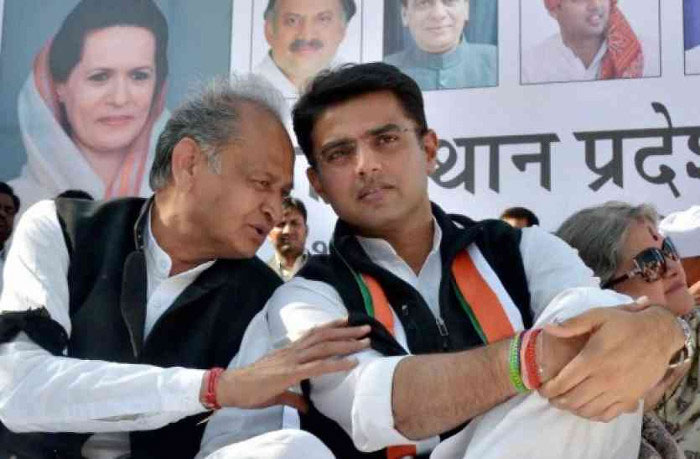 Congress leader Sachin Pilot has started talks with MLAs in Rajasthan amid Rahul Gandhi’s refusal to become the president and Ashok Gehlot’s announcement to file his nomination. Pilot’s eyes are on the vacant chief minister’s chair in Rajasthan.

According to sources, Sachin Pilot has started talking to Congress MLAs of all factions. These include those MLAs who were once considered his staunch opponents. At the same time, this exercise is being seen as a sign of changed political equations.

After meeting Rahul Gandhi, Sachin Pilot being active and talking to the MLAs is being seen as a signal of getting a new responsibility. The pilot’s activity is being linked to this. However, the final decision on this will be taken only after the announcement of the new Congress President on October 19.

Amidst the political tug-of-war, Ashok Gehlot said that if I become the president, I will leave the chair. Regarding the new Chief Minister, he said that only the high command will take this decision.

Gehlot made a formal announcement

Chief Minister Ashok Gehlot has announced his nomination for the post of Congress President. He said in Kochi on Friday – I had to request Rahul Gandhi to become the president once, but, he refused. Rahul says that this time only non-Gandhi will become the president, this is the final decision, the president will not be made from the Gandhi family.

On September 21, Sachin Pilot joined the Bharat Jodo Yatra and discussed with Rahul Gandhi. After meeting Rahul, the pilots returned to Delhi. Pilot will now meet Congress interim president Sonia Gandhi. At the same time, on the question of becoming the Chief Minister, Pilot said that everyone has to accept the decision of Sonia Gandhi.

Change the tone of many MLAs

At the same time, SC Commission President and Baseri MLA Khiladi Lal Bairwa and Bari MLA Girraj Singh Malinga are in Delhi, both of whom have also spoken to Pilot.

Sachin Pilot’s supporters have become active since the prospects of Ashok Gehlot’s nomination for the Congress President’s election. The hashtag of Sachin Pilot continued to trend on Twitter. Pilot supporters are commenting a lot on social media. At the same time, the pro-Pilot MLAs have appealed to the well-wishers to remain calm.

Pro-Pilot MLA Vedprakash Solanki tweeted – All colleagues are requested to have patience and restraint. Truth will prevail and our leader Sachin Pilot will definitely get the fruits of his hard work, we have full faith in the high command, so no fellow should post anything unnecessary on social media. It is said that Pilot has instructed the supporting MLAs and leaders to stay away from any kind of political rhetoric.

Gehlot’s show of strength in Delhi, will take MLAs along

Digvijay praised Gehlot, said – he has all the qualities

Regarding the national president election of Congress, former Chief Minister Digvijay Singh said, ‘I will do as the high command orders, but there are some things with which I do not compromise.’ Praising Rajasthan Chief Minister Ashok Gehlot, he said that he has all the qualities which a national president should have. Digvijay has reached Jabalpur in connection with a program on Friday.

On Sachin Pilot becoming the Chief Minister after Gehlot, he said, ‘I am neither an MLA nor a leader of the legislature party, so I cannot say anything in this matter.

Kashmiri Pandits on the movement against targeted killing, said – do not exploit us by deducting salary

Hero MotoCorp: Buying cheap scooter-bike will now be expensive, the mood of the customers got spoiled in the festive season