On Monday, the Bharatiya Kisan Union apolitical will hold an indefinite strike at the power house 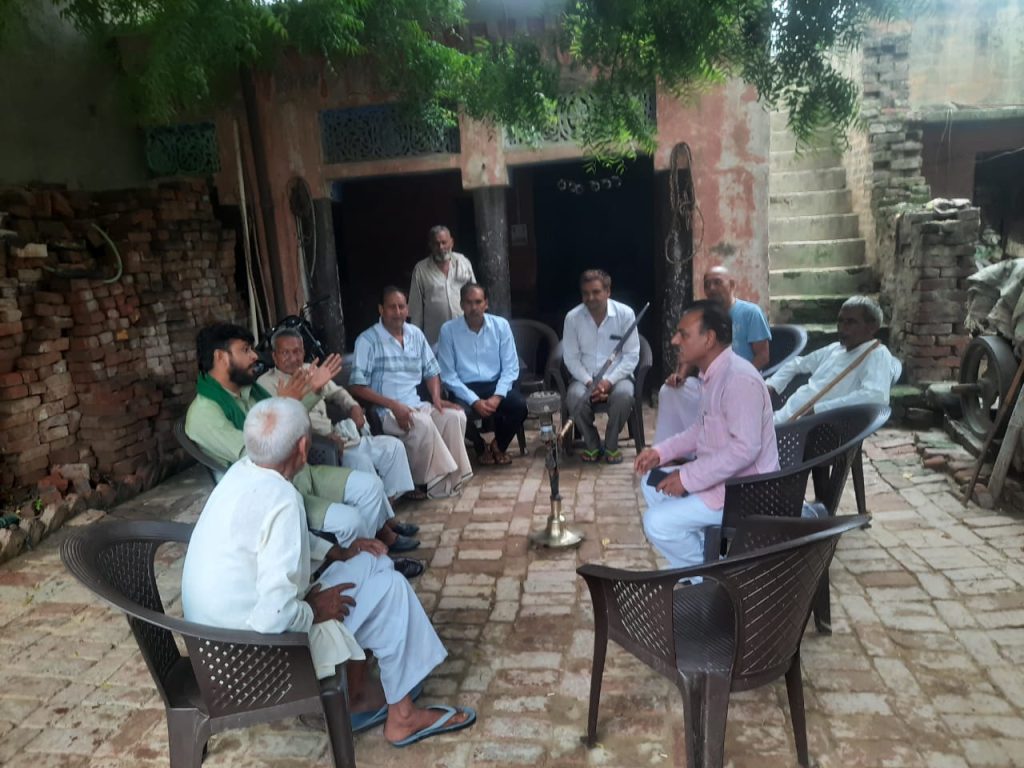 Muradnagar. On Monday, August 8, for the indefinite strike of the Bharatiya Kisan Union apolitical at the power house, the officials and leaders held public relations and meetings in more than a dozen villages. NCR Vice President of Bharatiya Kisan Union Apolitical, Satendra Tyagi said that there was a huge dharna on the Muradnagar Executive Engineer’s office for removing the meters on the tubewells of the farmers, replacing the dilapidated power line lines in the fields, false cases filed against the farmers, illegal extortion by corrupt officials. to be performed. And if the various problems of the farmers are not addressed on the spot, then an indefinite dharna will be started. On Sunday, public relations and meetings were held in village Kumhra Khemawati Rawali Surana Kakra Shahzadpur Nekpur etc. And appeals were made to the farmers to come in maximum numbers. He said that on Monday, farmers of several dozen villages and national level officials of Bharatiya Kisan Union would be involved in the dharna. On this occasion NCR Vice President Satendra Tyagi Yuva District President Vineet Tyagi Director Ravindra Tyagi Rinku Chaudhary Chetan Kumar Naresh Kumar Bhule Ram Sharma Brijesh Kumar Pappu Tyagi Bandipur Bablu Sahajadpur Kapil Kumar etc.