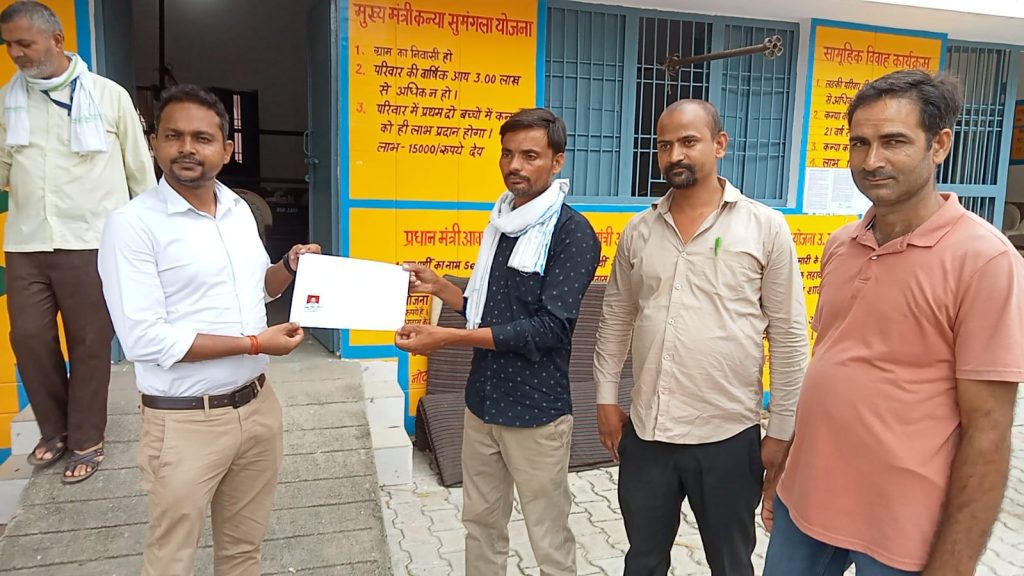 Bhaskar News Service
Jahangirabad. The counting of village votes was held on Friday, the next day after the by-elections were held on the vacant seats for the post of village head. Surjit Singh, a resident of Bhaiyapur, won the election of the head of Jahangirabad countryside by defeating his nearest rival by 87 votes. As soon as Surjeet’s name was announced, a wave of happiness ran among his supporters and he welcomed his newly elected head with drums and flower garlands. At the same time, SDM VK Gupta, CO Anvita Upadhyay and Kotwali in-charge Neeraj Kumar, who were present on the spot, instructed the village head not to take out any procession. The election officer gave a certificate of victory to the newly elected village headman. Please inform that Surjit Singh was working as a caretaker village head. On the strength of this, he had set his tone in this by-election and also converted it into victory. Giving information, Election Officer Alamgir Khan said that the winning candidate Surjit Singh got 456 votes, Surendra alias Lala got 369, Khubkala got 256, Dinesh 223, Vikas 159 and Kunwarpal 23 votes. After getting the certificate, the Kotwali in-charge himself along with the police team brought the winning candidate to his residence safely. On being victorious, Surjit Singh’s supporters gave him a warm welcome by garlanding him.

Previous ArticleHaryanvi Hot Video: Sunita Baby made such a waist on the stage, people caught their breath after seeing the dance
Next Article America India Military Exercise: America will conduct joint exercises on LAC with India in Uttarakhand amid China-Taiwan tension

Imran Khan said in praise of Modi – he has no property outside the country, but our PM has…