In the meeting of BJYM, there was a churning to make the tricolor yatra a success 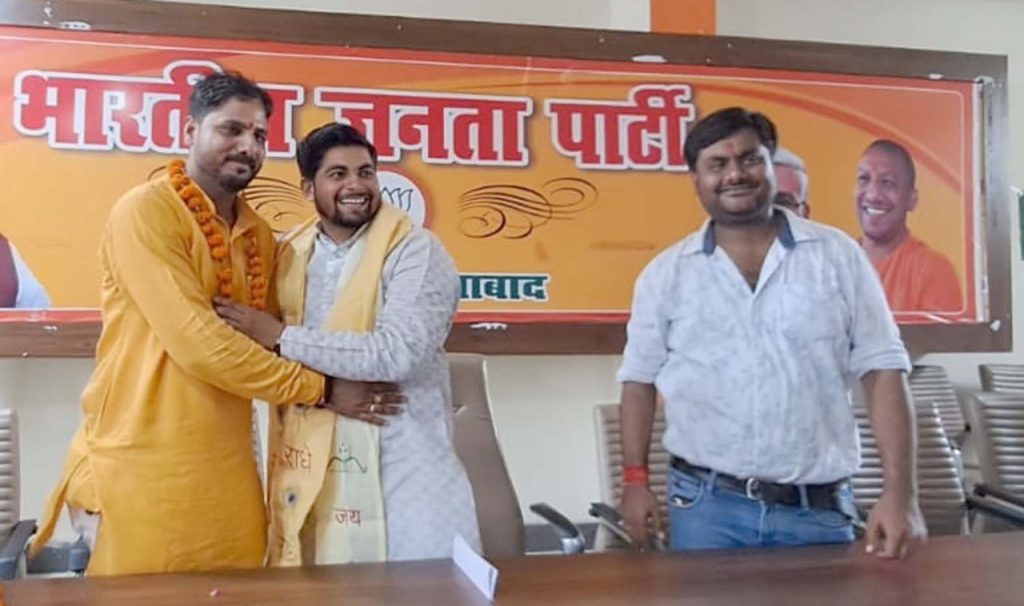 Firozabad. A meeting was organized by Bhartiya Janata Yuva Morcha at the BJP office. In which discussion was held regarding taking out the tricolor yatra and setting up of blood donation camp.
Chief guest Regional Vice President Nikhil Maheshwari while addressing the workers of the district and the metropolis said that all the people together will take out the tricolor yatra in a big way. Which will provide a new dimension in the state. He was also motivated to actively participate in the blood donation program. BJYM District President Akash Sharma said that all the Mandal Presidents would bring maximum number of workers to make the Tricolor Yatra a success. Metropolitan President Ankit Tiwari conducted the program. During this Himanshu, Abhishek, Mayank, Deepak, Rahul, Desh Deepak, Jairam, Bunty, Rohit, Avneesh, Gopal, Sanket, Dhruv, Ankush, Shivaji, Omvir were present.

Previous ArticleFats Burn Tips: Not only gym, this cardamom is also effective for weight loss, know how
Next Article Astro tips: This money line is in the hands of lucky people, fame comes after marriage

Congress President: Nomination process for the post of President started from today, voting will be held on October 17

Uttar Pradesh: Chief Minister gave instructions on expanding the scope of GDA, prepared a proposal for the extension of the boundary

Iranian women in hijab chains created ruckus on the streets, begged for freedom

Election of Congress President: This veteran leader will also beat the rhythm! Will give competition to Gehlot and Tharoor