Congress is the mother of corruption, Samajwadi Party is the protector of rioters and goons:- Deputy Chief Minister Brijesh Pathak 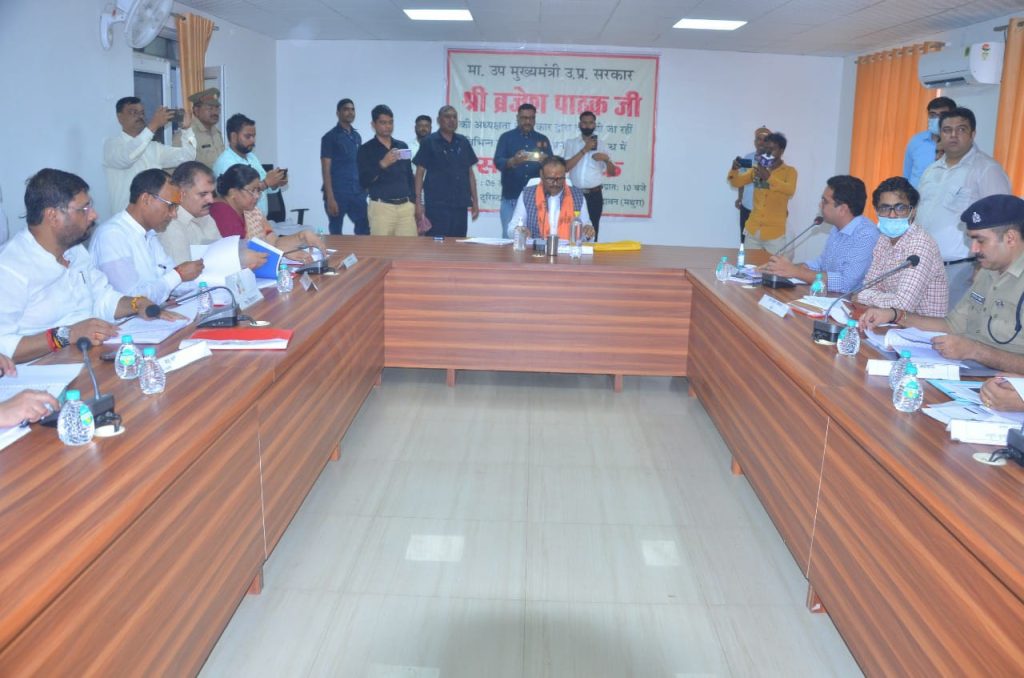 After this, the Deputy Chief Minister reached the Tourist Facility Center located on Mathura Vrindavan Marg. Where he held a meeting with the officials related to the public interest welfare schemes implemented by the Uttar Pradesh government and directed them to run those schemes smoothly. While talking to the journalists on this occasion, Brijesh Pathak said that many schemes are being run by the Uttar Pradesh government in public interest, all of which are in public interest. While speaking on Mathura Janmabhoomi, he said that the matter of Shri Krishna Janmabhoomi of Mathura is going on in the court. The court of the country will decide. That would be valid. While speaking about the SP, he said that the Samajwadi Party only protects the goons. Samajwadi Party always stays with the rioters. At the same time, he said that if the honorable Prime Minister and the Chief Minister are talking about waving the tricolor flag of our country in every corner of the country, then what is wrong in it, the way other parties are opposing this, it seems. As if it is not in the interest of the country. At the same time, he said that the Congress party has always been the mother of corruption. The way the black letters of the Congress party are being brought to the public through ED. So the Congress party is furious and is opposing the ED.

Previous ArticleBigg Boss 16: Salman Khan will return on this day with Bigg Boss 16
Next Article Linger Aafat Song Out: New song released from Vijay Deverakonda and Ananya Pandey’s film Liger, both were seen romancing in the song