Bihar Politics: The Chief Minister of Bihar called a meeting of party MLAs-MPs, read the big updates of the political upheaval… 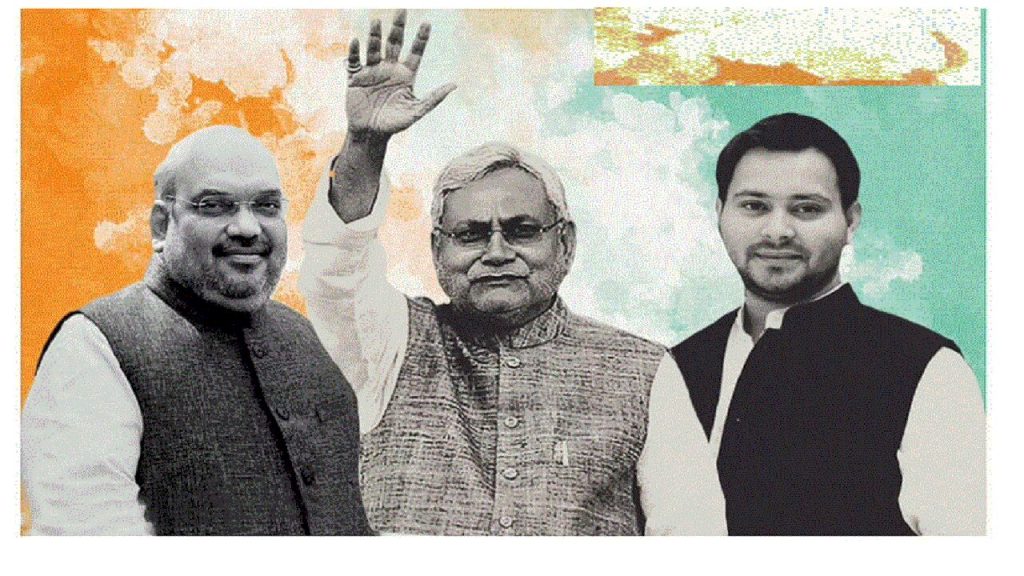 After 5 years in Bihar, Nitish Kumar can once again switch sides. JDU has called an emergency meeting of MLAs and MPs on Tuesday after the RCP Singh episode. A decision on breaking the alliance with BJP can be taken in the meeting. Precautions are also being taken. Legislators have been barred from talking to the media or carrying phones to meetings.

The BJP government is trying to save. Home Minister Amit Shah has taken over the command. Shah spoke to Nitish Kumar late on Monday night for about 6 minutes. What happened in the conversation is not yet known.

RJD has called a meeting of all MLAs at Rabri residence. Tejashwi Yadav will consult the MLAs on the latest situation in the meeting.
Congress has called a meeting of all the MLAs at 1 pm at the residence of State President Madan Mohan Jha. Congress has announced conditional support to JDU.
Jitan Ram Manjhi has also called a meeting of his party Hum. All the MLAs have been asked to come to the meeting.
What is Nitish’s action plan?
1. Meeting with all MLAs-MPs
The ruling party JDU has decided to hold a meeting with its MLAs and MPs. All MLAs and MPs have been called to Patna’s Chief Minister’s residence 1 Anna Marg. In the first round, CM Nitish Kumar will hold a meeting with all the 16 MPs of JDU, in which there will be a discussion on what will change in the party’s politics in Delhi.

3. Preparing for the Floor Test
In this meeting, if there is talk of not being in NDA, then it will be decided with whom the next government should be formed. After this, all the MLAs will be instructed to stay in Patna for the next 72 hours. This is because after the break-up of the alliance, the next alliance will have to go to the floor test. In such a situation, it is mandatory for all the MLAs to stay in Patna.

Hints in statements, break up with elder brother

On Monday, JDU MLA Dr. Sanjeev Kumar said- There is a limit to tolerance. BJP has crossed every limit. The people of BJP are also in the government and their ministers also do evil to the government. How long shall we keep listening? There are many other things too. He said – The talk of elder brother and younger brother is nonsense. The people of Bihar only know Chief Minister Nitish Kumar. Got votes on his face.

Some more important statements that came in the last 24 hours…

Jitan Ram Manjhi, former Chief Minister – Whatever the equation is in Bihar. We stand firmly with Nitish Kumar.

Bhakt Charan Das, Congress in-charge- ready to go with Nitish Kumar against BJP. Whatever decision Tejashwi Yadav will take, we are with him.

Upendra Kushwaha, everything is going well in JDU-NDA alliance in Bihar. However, no one can tell what will happen in the future.

Crisis on membership of 14 RJD-ML MLAs
The sword hangs on the membership of 14 MLAs on the basis of the recommendation of the Ethics Committee of the Assembly on the issue of heavy uproar in the Assembly in the budget session last year and the misbehavior of Speaker Vijay Kumar Sinha by the opposition MLAs. Amidst the ongoing political activity in the state, apprehension of taking decisions on this issue is also being expressed. In fact, the Ethics Committee’s recommendation is still under consideration at the Speaker’s level. What action has been recommended in that report will be known only after it is presented in the House. But if sources are to be believed, the danger of losing the membership of the accused 14 MLAs remains intact.

Pushkar Singh Dhami became the most handsome CM of the country, know his specialty

Congress protested on Adani-Hindenburg case, Rahul asked – who is behind Adani?

Explained: Election stuck for the third time, what is this Alderman’s twist on Delhi Mayor, know everything

CM Shivraj reached Bhind to feel the pulse of the people, will ‘Vikas Yatra’ be able to give the crown of power this time