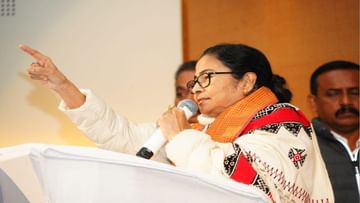 Former Prime Minister Rajiv Gandhi mentioned corruption in 1985. This historic speech of his is still heard somewhere today. Addressing a public meeting in Odisha, he had said that the government sends 1 rupee, 15 paise reaches the people… Government schemes are entitled to that. […]

Former Prime Minister Rajiv Gandhi mentioned corruption in 1985. This historic speech of his is still heard somewhere today. Addressing a public meeting in Odisha, he had said that the government sends 1 rupee, 15 paise reaches the people… The entitlement of government schemes goes to the influential people before reaching them. Revelations in PM Awas Yojana in West Bengal After this, people are asking questions to the state government as to why the rights of the poor are being robbed. A media report released on Monday revealed that PM Awas Yojana Beneficiary List includes the name of such people who have their own multi-storey building.

On Monday, you saw a glimpse of the kind of darkness prevailing in West Bengal. The names of TMC leaders were found in the PMAY-G beneficiaries list. When the local people created an uproar, it was investigated. ‘The Indian Express’ The second report has been released today on this issue. In which it was told that its information had already been done but the state government had ignored it. The names of eight people from the same family were included in the list of beneficiaries but it was ignored.

State officials were warned in advance

Reports of such a mess in the PM Awas Yojana in West Bengal should not surprise the officials whose job it was to monitor it. Because the matter was in everyone’s notice. Exactly two months ago, Nagendra Nath Sinha, Secretary, Union Ministry of Rural Development, had sent a letter to P Ulaganathan, Secretary, State Panchayat and Rural Development Department. The letter came after the Center decided to revive the scheme after a pause of over eight months amid political impasse.

In this letter, the official had asked the state officials to have a zero tolerance policy against any allegation of bribery or corruption to follow the implementation framework. He had said to constitute a special team of senior officers including engineers to investigate allegations related to bribery and corruption and take strict legal action if found guilty. But nothing like this was done.

What a robbery on the rights of the poor

Perhaps Masjidpara village of Madarhat gram panchayat under Baruipur block in South 24 Parganas would have been left out in the investigation. Where Jehangir Sheikh and his seven relatives are included in the list of potential beneficiaries. Jahangir is a contract employee at the local panchayat office and a TMC worker. He lives in a pucca house like his relatives live in the same neighbourhood. This scheme only covers poverty, destitute and those with kutcha or dilapidated houses. Not those who already have pucca houses.

Jahangir Sheikh: He lives in a pucca single-storey house with a concrete roof. The concrete pillars on the roof show that the preparation for another floor has been done. There are at least three rooms in his house apart from the kitchen. Jahangir says, ‘I applied for a house under PMAYG five years ago. At that time I had a kutcha house. Later my financial condition improved and I built this house. When asked about my relatives, he said, If I have so many relatives in this village, it is not my fault. If they do not fulfill the conditions then their name will be removed. But their needs are real.

Roshan Sheikh, Jahangir’s brother: Their two-storey concrete house is a two-minute walk from Jehangir’s house. Rohan’s wife Roshniara Bibi said, ‘We do not live here permanently. We have a piece of land and a small room in the village. If we get PMAYG money, we will build a nice house there.

Other relatives also said the same thing. When asked about these cases, Sourav Maji, Block Development Officer (BDO) of Baruipur, said that the survey was done by ASHA and Anganwadi workers. The names of the eligible people were approved by the Gram Sabha. Later we set up a complaint drop box for the public. We have received complaints and we have acted on them. Some were justified, some were false complaints. Around 1,264 names were rejected. In its letter to the state, the Center underlined that it had sanctioned Rs 8,200 crore to build 11,36,488 houses under the scheme in the state between 2022 and 2023. But state Panchayat and Rural Development Minister Pradeep Majumdar told The Indian Express that we have not received even a single paisa.

beneficiaries of PM awas yojna kolkata west bengal news pm awas yojna
Previous ArticleDelhi will get a new mayor today or will there be an uproar in the House? Know big updates
Next Article After IT, now job crisis in auto sector, Ford will lay off 3200 employees