‘People from Dubai will enter and kill’, case filed against NCP leader Bhujbal for threat 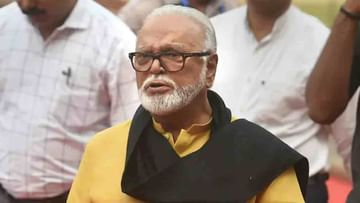 A case has been registered against NCP leader and former minister Chhagan Bhujbal and the other two at Chembur police station in Mumbai. The businessman was called from Dubai and threatened to shoot him after entering his house.

Former Maharashtra minister and NCP leader Chhagan Bhujbal The difficulties have increased. Against Bhujbal and other two people Case registered at Chembur police station in Mumbai Has been done. This case has been registered under Section 506 (2) and 34 of IPC. Threats to kill A case has been registered on the basis of the complaint of a trader on the charges of. Chembur businessman Lalit Kumar Tekchandani had filed a complaint against Chhagan Bhujbal. He has alleged that Bhujbal has threatened to kill him by calling and sending messages.

‘People will be sent from Dubai, will enter the house and shoot’

He was told that, ‘You send a message to Bhujbal Saheb. It will cost you to do this. Will enter your house and shoot. This threat was given to businessman Lalitkumar Tekchandani by sending WhatsApp calls and messages. This thing has been registered by Lalil Kumar in his complaint.

Chhagan Bhujbal had said what is the need to worship Goddess Saraswati?

When questioned on this issue, NCP leader and former Deputy Chief Minister Ajit Pawar said that Chhagan Bhujbal’s views may be his personal views, it is not the view of the NCP party. But another NCP leader Amol Mitkari has openly supported Bhujbal. He has written by tweeting that, ‘Bhujbal Saheb, you are the real heir of Mahatma Phule. The fanatics who are making a ruckus about your correct statement have not understood Savitribai. We will completely drown the supporters of Nathuram. hats off to you. Our mother can only be Savitri Bai.

chembur mumbai Maha vikas Aghadi maharashtra mumbai police NCP Chhagan Bhujbal
Previous ArticleRajasthan Congress: CM Gehlot’s fate in the hands of Sonia Gandhi, all eyes are on the decision of the party high command
Next Article 5G in India: These cities of India will get the gift of 5G first, see the full list