In the Shraddha murder case, the noose tightens on Aftab! Now there will be another forensic test 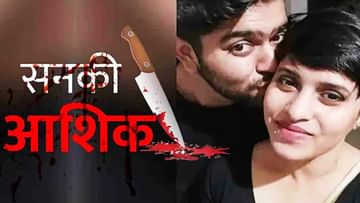 Accused Aftab had strangled 27-year-old Shraddha to death on May 18, 2022. After killing, his dead body was cut into 35 pieces.

of Delhi Mehrauli happened in shraddha murder case Police will conduct neuropsychological test of accused Aftab Poonawalla. According to a police officer, with the help of this test, the police will be able to find the missing dots in the case. Meaning that the police will get help in solving the case. Earlier, the narco test of Aftab was also done. The team of forensic experts had asked accused Aftab 35 questions.

According to the report of Hindustan Times, the police officer told that the Brain Electrical Oscillation Signature Profiling (BEOSP) test is done with the consent of the accused. Neuropsychological test is a part of this. The report of this test has proved to be a helping document in at least more than 200 criminal cases in India. According to forensic doctors, Aftab’s polygraph has already been done. In this he has already messed up.

After killing Shraddha, the dead body was cut into 35 pieces.

Accused Aftab had strangled 27-year-old Shraddha to death on May 18, 2022. After killing, his dead body was cut into 35 pieces. Aftab had kept the pieces of the dead body in the fridge for about 3 weeks before disposing of the dead body. The police have claimed that Aftab has confessed to the murder.

According to the police, if anything is cut with a saw, its teeth marks remain in it. The cut part looks a bit rough. Similar marks have also been found in Shraddha’s bones. In such a situation, after analyzing all the bones, the doctors have accepted that the whole body was cut with a saw.