If Suryanarayan does not see the owl then it is not the fault of Surya, Dhirendra Shastri Pak 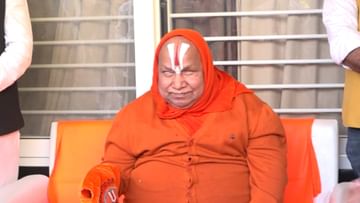 On Congress leaders opposing Bageshwar Dham, Rambhadracharya said that they are not able to digest the popularity of Dhirendra Krishna Shastri.

Rambhadracharya said that this will increase the pride of Madhya Pradesh by the glory of Bhoj. I have done Yagya for Pakistan Occupied Kashmir and some day or the other PoK will remain a part of India. The Prime Minister is my friend from before. On Rahul Gandhi’s Bharat Jodo Yatra, he said that he has no control over his speech. There is no difference between Jai Siyaram and Siyaram. On questioning Digvijay Singh’s surgical strike, Rambhadracharya said that proof has been given, how much proof should be given. If Suryanarayan does not see the owl, then it is not the fault of the sun.

The news is getting updated.

latest MP news
Previous ArticleDelhi Mayor’s election under police guard, AAP has number in MCD, how BJP is claiming, understand number game
Next Article Be careful if you feel these symptoms of menopause, definitely try these tips for improvement