Delhi alert on Republic Day, ban on drones till February 15; These things will also be banned 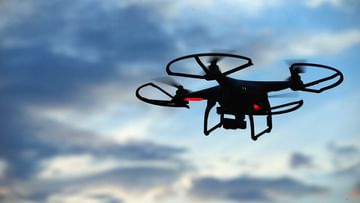 Delhi Police along with all the security agencies is in alert mode after receiving inputs about the terrorist attack on Republic Day. Delhi Police’s intensive checking campaign is going on at railway station, airport bus stand and Tamat public places.

After receiving the input of terrorist attack on Republic Day, including all the security agencies Delhi Police is in alert mode. Delhi Police’s intensive checking campaign is going on at railway station, airport bus stand and Tamat public places. Apart from this, in order to further strengthen the security in the sky, apart from the ground, the Delhi Police has issued a warning for 29 days i.e. till February 15. drone Including microlight aircraft have been banned. According to Delhi Police, Republic day Operation of sub-conventional aerial platforms, including drones, paragliders, microlight aircraft and hot air balloons, has been banned in the national capital from January 18 in view of the COVID-19 pandemic. This order will be effective till February 15 for a period of 29 days.

There will be a ban on them, action will be taken under section 188

The Delhi Police order states that certain criminal or anti-social elements or terrorists who are enemies of India may use sub-conventional aerial vehicles like para-gliders, para-motors, hang gliders Unmanned Aerial Vehicles (UAVs), Unmanned Aircraft Systems (UAS) etc. Using the platform can pose a threat to the security of the general public, dignitaries and important establishments.

The order issued by Delhi Police Commissioner Sanjay Arora said, therefore, the Delhi Police has prohibited flying of sub-conventional aerial platforms over the national capital on the occasion of Republic Day and doing so is punishable under section 188 of the Indian Penal Code. Will happen. It states that copies of the order should be pasted on the notice boards of all DCPs-Additional DCPs-ACPs, tehsils, police stations and offices of Municipal Corporation, Public Works Department, Delhi Development Authority and Delhi Cantonment Board.

Liquor will not be served in hotels, bars and restaurants

The Delhi government has declared six dry days in the national capital till the end of March. On these days, more than 550 liquor shops in Delhi will remain closed. According to a statement released by the Delhi government on Monday, the sale of liquor in bars and restaurants will also be banned on Republic Day (January 26). Hotels, clubs and restaurants are not allowed to serve liquor on three national holidays – Republic Day, Independence Day and Gandhi Jayanti.

There are 21 dry days in a year under the current old excise system, which replaced the Excise Policy 2021-22 on September 1 last year. The number of dry days was reduced to only three under the Excise Policy 2021-22, drawing scathing attacks from the Bharatiya Janata Party (BJP) on the ruling Aam Aadmi Party (AAP) over the opening of liquor shops on religious festivals went.

In October 2022, the Delhi government declared Dussehra, Diwali, Eid Milad-un-Nabi and Valmiki Jayanti as dry days. In July 2022, the Delhi government withdrew its Excise Policy 2021-22 after Lieutenant Governor VK Saxena recommended a Central Bureau of Investigation (CBI) probe into alleged irregularities in the policy’s implementation. The Excise Policy 2021-22 was applicable from 17 November 2021 to 31 August 2022.