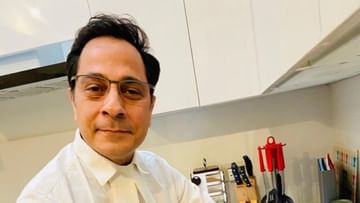 The Supreme Court Collegium, headed by Chief Justice of India DY Chandrachud, recently reiterated its recommendation to appoint Kripal as a judge of the Delhi High Court on November 11, 2021.

senior counsel Saurabh Kripal Said in a program here on Monday how dependent the decisions of the laws are on the personal views of the judges. They said Supreme Court has 34 judges between two judges and three judges 15 benches sit at any given time and we who practice in that court often laugh and say that there is not one Supreme Court of India; There are 15 Supreme Courts of India.” The Supreme Court Collegium, headed by Chief Justice of India DY Chandrachud, recently reiterated its recommendation to appoint Kripal as a judge of the Delhi High Court on November 11, 2021, with the government rejecting their suggestions. was, saying that his “enthusiastic involvement” in gay rights issues “could result in prejudice”.

‘Government is right or wrong, it’s just an idea’

Senior advocate Saurabh Kripal said in an event organized in Jaipur that the verdicts could be fundamentally different. Some judges will have a very conservative mindset, some will have a liberal mindset, some are inherently anti-government, and some are inherently pro-government. It is not partisan political, it is not an ideological belief that the government is right or wrong, it is just their view.

Citing the decriminalization of homosexuality in India as an example, senior advocate Saurabh Kirpal pointed out that the same apex court which in 2013 dismissed a petition against section 377 of the IPC, he said Later, a historic judgment was given on this subject.

‘Is it possible to have a law different from what is happening in the society’?

Speaking on the book ‘Fifteen Judgments: Cases That Shaped India’s Financial Landscape’ at the Jaipur Literature Festival, Kirpal also highlighted the link between law and society. He said that “Is it possible to have different laws from what is happening in the society or not? And the answer is, it’s probably symbiotic on some level. Law reflects what society is, because ultimately you can’t stray too far from what people think, need and want.’

‘The law must conform to the will of the people’

“If a law is to have some legitimacy, it must conform to the will of the people to some extent. We cannot live in such a society. We do not want to live in a society where the law is enforced with a stick. The law has to be implemented because people believe that following the law is worthwhile.

DY Chandrachud jaipur news rajasthan news supreme court supreme court of india
Previous ArticleSushmita Sen bought this black beauty of Mercedes Benz, this SUV has more than a dozen features
Next Article All the cards, price and features of Infinix Note 12i 2022 were revealed before the launch