Controversy over Saraswati Puja in Presidency University, TMCP and SFI face to face 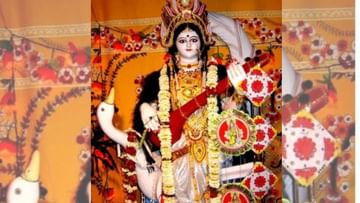 There is an uproar in the universities of West Bengal regarding the organization of Saraswati Puja. Permission has not been given to organize worship in Presidency University, while TMC student organization is adamant about organizing worship.

The SFI claims to be taking precautions to ensure that the worship is as per the guidelines. Puja is organized every time by the students, but this time university Tender has been called from. It has been told that all arrangements for distribution of food and prasad will be done by the tender agency.

It has been tweeted by TMCP that Saraswati Puja will be held on 26 January. Everyone come On the other hand, SFI questioned why the poster of Puja was shared on the TMCP page. It has already been claimed by the Left student organization that the anarchy and disorder has reached such extremes that the Calcutta University authorities have been forced to take such a decision. However, Trinamool has refused to accept their demands. A press statement issued by SFI mentions the notice of the university.

Ruckus being created in the name of Saraswati Puja – SFI claims

Calcutta University Saraswati puja sfi student union TMC
Previous ArticlePathaan’s tremendous craze on the fans even before the release, the trend expert told shocking figures regarding advance booking
Next Article Big shock to Mohammed Shami, wife Hasin Jahan will be given such a huge amount every month as alimony