Amid controversies, Bageshwar Baba’s court will now be held in UP, program in Prayagraj on February 2 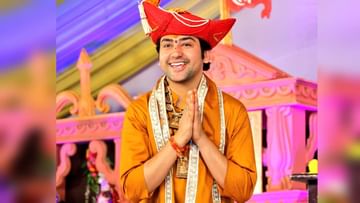 Shyam Manav, the founder of Andha Shraddha Nirmulan Samiti, has described the court of Dhirendra Krishna Shastri as the court of fear. He has accused Baba of creating hypocrisy.

Bageshwar Baba alias on the allegations of spreading superstition Dhirendra Krishna Shastri These days are in discussions. Some are accusing him of defaming Sanatan Dharma and some are calling him the protector of Sanatan Dharma. Meanwhile, there is news that after Maharashtra and Chhattisgarh, Dhirendra Shastri’s program will be held in Uttar Pradesh as well. It is being told that the court of Bageshwar Dham will be decorated in Sangam city Prayagraj on February 2.

Dhirendra Shastri’s program will be held in Kunwar Patti village of Meja tehsil, about 50 kilometers away from the city in Prayagraj. Baba will come in this program only for one day. He will attend Maa Sheetla Kripa Mahotsav. According to the information, there will be a program of about 4 hours. Such information is also coming to the fore that Dhirendra Shastri can take a dip of faith in the Sangam after coming to the Magh Mela in Prayagraj. However, the program of Magh Mela is not decided yet.

The organizers are busy preparing for the event

Shyam Manav, the founder of Andha Shraddha Nirmulan Samiti, has described the court of Dhirendra Krishna Shastri as the court of fear. He has accused Baba of creating hypocrisy. Shyam Manav has said in the complaint given to the police that the story of Pandit Dhirendra Krishna Shastri was to be held in Nagpur from 5 to 13 January. The story was also mentioned in the invitation letter and poster till January 13. He left Nagpur two days before completing the story. Dhirendra Shastri has come into controversy since the allegations made by Shyam Manav