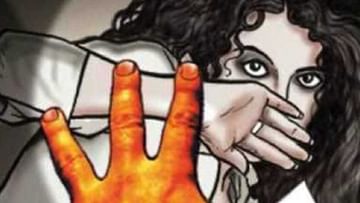 At the state level, gold medalist winner wrestler has been arrested for molesting women. He has confessed to sexually abusing 100 women so far.

to a wrestler Gujarat Arrested by Rajkot police. Gold medal winner at the state level, this wrestler has confessed that till now he molest 100 women Have done. The police are also surprised to know that behind the body of a wrestler, there is a hidden monster for years, who plays with the respect of women and they don’t even complain to the police because of fear of being a wrestler. But a yoga teacher gathered courage and got a case registered and Rajkot Police Arrested the accused wrestler.

The name of the accused is Kaushal Pipalia. It has won gold medal in 74 kg freestyle wrestling in state level championship in 2016, 2017, 2018 and 2019. After sexually abusing the yoga teacher, he kept eluding the police for 10 days. According to the news published in Times of India, Rajkot police finally got success in arresting him.

What is the whole matter?

The victim lodged a complaint on November 23 at the Malviya Nagar police station in Rajkot. According to the complainant victim, a person was sitting at the place where the bike was parked. When the victim after parking her bike started going towards the top floor by the lift of the nearby building, then suddenly this person came in front of the lift and blocked the door. After this, this person took off his pants and started doing obscene acts by looking at the victim.

This is how the accused was caught

The victim tried to push her out of the lift by pushing her. During this, the accused tried to strangle the victim by slapping her under her ear. When the victim screamed, he ran away from there. After this, the victim lodged a complaint with the Rajkot police station. The police prepared four teams to nab the accused. While scanning 1500 CCTV footage from different areas, a suspicious person appeared wearing a mask. This suspect was seen several times near Devpara Society near Bhaktinagar. When the police started searching the society around this area, the accused living in Vivekananda Society was caught.


He was infamous for touching the cheeks and bodies of women while riding a bike.

According to the information provided by the Rajkot police, the accused was seen doing obscene acts in front of women and girls in areas like University Road, Amin Marg, Kote Ka Chowk, Kalawad Road, Nirmala Road, Astron Society. To protect himself, he used to cover his face with a mask. He was infamous for touching the cheeks of women and girls and running away with his hands while riding a bike. Even before this, he has been arrested for the crime of theft and possession of weapons.

gujarat crime Malviya Nagar Molestation Rajkot News wrestler
Previous ArticleMy mother is also drinking alcohol, save me… 10 year old innocent pleaded with the councilor for help
Next Article Digital transactions increased rapidly in the country, according to this report it doubled