Egg prices fall by Rs 50 to Rs 60, then eggs are being sold in the retail market at earlier rates 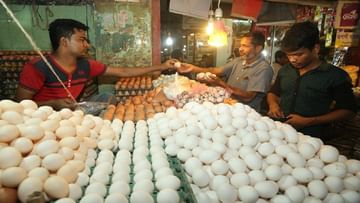 Price in East and North India

Prices reduced in West Bengal too

egg Egg Consumption Egg Price Today
Previous ArticleVideo- ‘If Yogi’s face meets me…’ Duplicate Yogi got angry at CM Shivraj’s program
Next Article Delhi will get a new mayor today or will there be an uproar in the House? Know big updates