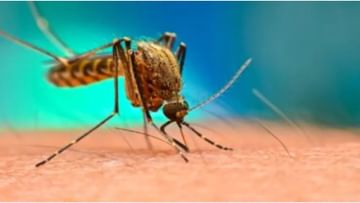 Dengue patients feel extreme tiredness and weakness, due to which they find it difficult to get out of bed even for small tasks.

Not only in West Bengal, but also in many other states of the country, the cases of dengue have increased rapidly, in view of which it seems necessary to take appropriate steps to prevent this disease. Several positive cases were registered in Delhi on Monday (September 26, 2022) amid increasing infection of dengue, after which the number of dengue patients in the capital increased to 129 in the last seven days. Delhi Municipal Corporation figures show that 525 cases of dengue have been reported so far this monsoon season. This number is the highest in the last four years. Government officials have passed orders for hospitals to be alert and ready to treat dengue patients.

A weakening of the immune system is a common symptom in people suffering from severe dengue infection. Dr Tripti Gilada, Infectious Disease Consultant Physician at Masina Hospital, Mumbai, told Tv9 that dengue patients feel extremely tired and weak, due to which they find it difficult to get out of bed even for small tasks. In addition, dengue fever can weaken the body’s immune system so much for a few weeks that the person becomes vulnerable to other infections.

Dr. Gilada says that pain in muscles, joints and bones is a common symptom during dengue fever. Because of this, dengue is also called ‘breakbone fever’. But the symptoms of polyarthralgia (extreme pain in multiple joints) and myalgias (muscle pain) can persist for several days after dengue fever has gone.

The important thing is that experts have warned this time about complications in dengue cases. Dr Rajesh Gadia, Consulting Physician, KEM Hospital, says that in most cases, dengue infection is mild. However, cases can be severe due to the prevalent serotypes and some cases, mostly from Baramati and Phaltan – show shock and fluid in the lungs of patients. Dr Gadiya has told the Indian Express that these cases range from fever to bleeding and shock during checkups. Their treatment depends on the age of the patient, immunity level and the status of virus infection.

Dengue can cause serious infection

Along with this, health experts have also raised concerns over hemophagocytic lymphohistiocytosis (HLH) which is a rare complication. In this, there is swelling in the tissues and it can also be aggravated by infection or other immune disorders. This disorder usually occurs in people in whom it remains dormant due to genes. This is seen not only in dengue but also in other infections. According to Johns Hopkins Medicine, HLH is a rare disease that usually occurs in infants and young children. This disease is usually genetic in children. Although it can also happen in adults. Many different conditions can cause HLH in adults, including infections and cancer.

If a person is suffering from HLH then his immune system does not work normally. In such a situation, some white blood cells, histiocytes and lymphocytes together attack other blood cells. These abnormal blood cells get deposited in your spleen and liver, causing swelling in these organs.

Nausea and loss of appetite are often seen in dengue patients, which makes it difficult for the body to meet the increased nutritional deficiencies due to the disease. Dr Gilada says that apart from these reasons, due to the increased metabolism due to fever, the weight of the patient also decreases in dengue. This can also lead to deficiency of minerals and vitamins in the body.

Dengue Dengue and Corona cases Dengue and Malaria Dengue cases in india
Previous ArticleGlycerin has so many benefits for oily skin people, you will also be surprised to know
Next Article Ind vs SA 2nd T20 2022: Team India warmly welcomed in Guwahati, Deepak and Arshdeep cut the cake, watch video

Camel Flu threat in FIFA World Cup! Know what is this virus

Health Tips: If you want a slim figure like Disha Patani, then definitely include these things in your diet, you will get the best results

Health Tips: If you are troubled by back and hip pain in cold, then treat it like this, you will get immediate relief

Winter Health Tips: Eat these delicious parathas in the cold, you will get warmth in winter

Winter Health Tips: Be careful! This carelessness can increase your weight in winter, know what is the reason behind it