Hot Web Series: In the case of boldness, this web series shook OTT, intimate scenes have created a sensation 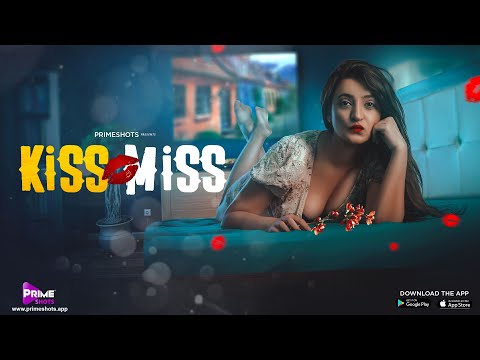 Hot Web Series: Prime Shots app has made a different identity among the audience in a very short span of time. The audience is eagerly waiting for the new hot shows coming on the app. In this episode, ‘Kiss Miss’ web series on Prime Shots has created panic. Known for her captivating performances in this series, Ayesha Kapoor is seen in a hot and bold avatar in ‘Kiss Miss’. It is worth noting that even before this, Ayesha Kapoor has appeared in bold avatar in many shows of Pra Shots and has created a ruckus in the hearts of people.

Viewers are always eager to see Ayesha in new shows and videos of Prime Shots. In such a situation, Ayesha Kapoor claims that she will not disappoint her fans this time too. Known for breaking all limits of boldness, Ayesha Kapoor has previously appeared in the ‘Seal’ series of Prime Shots, whose sizzling performance in the next season ‘Seal 4’ was well received by the audience.

Fans lost their sweat after seeing bold and intimate scenes

In the same ‘Kiss Miss’ series, Ayesha has come into the limelight with bold and intimate scenes. Many bold scenes have been filmed in this web series, which fans are sweating. Do not forget to watch this web series with your family or else you may face embarrassment.

‘Kiss Miss’ is in discussion

Previous ArticleUP Flood: Many rivers including Ganga in UP above danger mark, administration issued alert
Next Article Rajasthan Rural Olympics: Rural Olympics started for the first time in the country, these games will be organized

Tight dress became a disaster on life! Kim Kardashian had to jump and climb stairs

The new promo of ‘Bigg Boss 16’ is out, then a new contestant enters

Alcohol Addiction: It is no longer difficult to get rid of alcohol addiction, force yourself to quit alcohol with these tips