BO Day 1: PS1 and Vikram Vedha, who won the first day, know how much he earned? 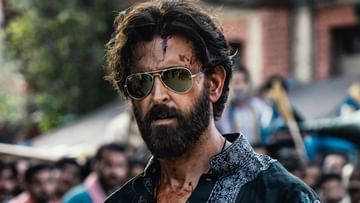 Advance booking of ‘Vikram Vedha’ has improved on Saturday. In advance booking, more than 13,800 tickets of the film have been sold. Whereas on Friday this figure was slightly less.

Recently two films have been released. First ‘Vikram Vedha’ and second ‘Ponniyin Selvan 1’. People are praising both these films a lot. Only two films are doing good business at the box office as well. Just a day has passed for the release of ‘Ponniyin Selvan 1’ and ‘Vikram Vedha’. But the way the pace of earning of both the films is being seen, it seems that both these films are going to do wonders at the box office in the coming days.

This is the highest for a Tamil movie, which is dubbed in Hindi in the last few years since #2Point0 release..

‘Vikram Vedha’ earned only 10 crores on the first day

There was a lot of craze in the public about Hrithik Roshan and Saif Ali Khan starrer film ‘Vikram Vedha’. Looking at the reactions of the people, it seemed that it is going to earn tremendously at the box office. But this film has earned much less than ‘Ponniyin Selvan 1’. ‘Vikram Vedha’ has earned Rs 10 crore on the first day in India. The final figures could be a bit better, but not going to make much difference. However, it is necessary that on Friday, the gross collection from advance booking for this film was Rs 2.97 crore. A good amount of audience reached the theaters to see the film, despite the film’s collection has reached 10 crores.


13,800 tickets were sold in advance for ‘Vikram Vedha’ on Saturday