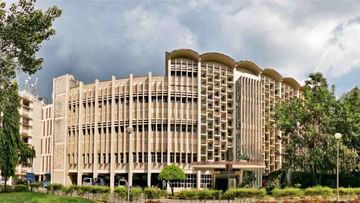 In order to adequately internationalize the campuses of 23 IITs in the country, it is proposed to create 1,000 scholarships annually for international students.

“Nepal, Bangladesh and Afghanistan send the largest number of students to India,” the official statement said. The proposed centers here will motivate the talented students of this field to take admission in IITs. IIT will do this by taking advantage of its brand. “Internationalization is a key focus under the New Education Policy to enhance the international stature of Indian Educational Institutions and Global University Rankings to enhance the academic experience of Indian students,” it said.

How much will be the scholarship?

In the conclave, a proposal was made to create 1,00 scholarships annually for international students in order to adequately internationalize the campuses of 23 IITs in the country. At present, only one percent of the total students in IITs are foreigners.

In the coming time, the target is to quadruple it with 5 percent through scholarship. Through the scholarship, those students will also be able to become a part of IITs, who were not able to take admission due to lack of financial support.


200 foreign fellowships will also be given

The conclave proposes to develop 200 overseas fellowships for IIT undergraduate students to undertake internships of 6-8 weeks in universities or corporate labs abroad. In addition, 100 PhD study abroad fellowships are also offered for IIT PhD students to spend a semester in some of the world’s leading research, lab experiences or coursework.