Petrol and diesel can be cheaper by Rs 5! These are the 4 big reasons 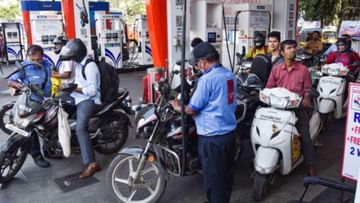 Good news can be found on petrol prices

how low can the price be

Anuj Gupta, Vice President (Commodity & Currency), IIFL Giving information, he said that in the coming days, there may be a further decline in the price of crude oil. This decline can be more than $ 5 per barrel. For which he has given 4 reasons.

1. The world’s big companies think about liquidating their old hedge funds during the year end. Due to which the demand from oil decreases.

2. There can be an increase in stocks and shells in America. Due to which the supply has also increased more than the demand, due to which the prices are expected to fall in the coming days.

3. Kovid is once again spreading its wings in China, due to which lockdown has to be imposed again and again. All the economies of the world are also afraid that a new wave of Kovid may come. Due to which the demand is continuously decreasing.

4. Recently UK Prime Minister Rishi Sunak had said that now he will increase drilling for crude oil in his own country. Seeing this, other countries of Europe have also increased drilling, due to which the chances of increase in production have increased.

What will be the effect in India?


India imports 85 percent of its crude oil requirement. The effect of reduction in the price of crude oil in the international market is clearly visible in India. Giving information, Anuj Gupta said that in the coming two weeks, if the price of Brent crude oil comes to $ 82 per barrel, then the price of petrol and diesel in the country may fall by Rs 5 per liter.

Doing business will be easy, soon single window clearance facility will be available in these 5 states

Money9: What do you use your credit card for?

Wipro is going to acquire this startup of Pune, know what is the company’s plan

Income from this work of Indian Railways increased, highest in last 8 months

Drastic cut in windfall gain tax on crude produced in the country, tax reduced on diesel exports as well

‘Be it Gujarat or Maharashtra, you need Balasaheb everywhere’, why did the Thackeray faction say this?